Velocity Truck Centres (formerly known as Adtrans National Trucks network) has served the truck industry for many years. With more than 700 employees spread across 5 states, we can take care of your trucking needs.

Our experienced workforce including many staff who have over 20 years of experience and are a testament to our ongoing commitment and passion for what we do. The employees are the heart and soul of our brand and we love sharing our knowledge and skills with our customers.

We are a division of the global brand Velocity Vehicle Group.

What VTC offers is a wide selection of brands for your next commercial vehicle. Our team aren’t just salespeople, we have a wealth of experience to help you purchase the right new or used vehicle. Whether it is a heavy truck, light commercial vehicle or even a bus, our dealer network can guide your decision process. Partnering with Velocity Truck Centres will assist you with the vehicle solution for your business needs.

With parts and service teams located all over Australia, we are never far from you. Our technicians and diagnostic teams are happy to provide maintenance and advice to optimise the performance of your vehicle. The parts network can source a range of parts from our large supply network from rubber mats to transmissions we can locate it.

At every dealership, there is a Business and Finance Manager who can arrange the finance for your purchase. We offer competitive rates with an on-site representative making sure you’re 100% confident in your decision.

The VTC teams are complemented with a strong administration group who work tirelessly to support vehicle sales, supplying parts, organising registration and coordinating servicing. Our team are here to make the process seamless, from first contact to delivery.

The Velocity Truck Centres Management Team have decades of collective experience in trucks and the transport industry. Please consider us for your next purchase.

History - BEFORE VELOCITY Truck centres, WE WERE ADTRANS.

Who we are dates back to 1971, when Adtrans founder Graeme Bignell and Bib Stillwell bought the Davitt Ford dealership in Adelaide. Renamed as B.S Stillwell Ford Pty Ltd, it opened on 1st April 1971, selling Ford cars and Ford Trucks.

The privately held group floated in 1987, and Adtrans Group Ltd continue to expand its car network in South Australia and commenced expanding its truck network into Victoria.

Austrans Truck Centre continued to operate, as Whitehorse Truck and Bus, one of the best Fuso dealers in Australia.

The group continued to grow its presence in Victoria with the acquisition of the International/Iveco franchise, firstly in Hampton Park, Victoria in 2000 and then in Laverton in 2003. Soon after, in 2005 Whitehorse Truck Centre at Dandenong was added to the group supporting Daimler products.

2007 saw the continued progression of Adtrans in New South Wales. The Best Hino Truck Centre, now known as Adtrans Hino with two sites at Narellan and Mascot was acquired. Our Used team share the Narellan site.

In 2010 Eagers Automotive Ltd acquired Adtrans Group Ltd and ADG was removed from the official listing on the ASX.

The South Australian network became a Daimler Truck franchise at Regency Park with the Used team setting up on the same site. The dealership also commenced operations in Mildura and Mount Gambier in 2012.

In 2017, we acquired the Fuso franchise for Whitehorse Truck Centre, operating in Dandenong, giving the network a strong Fuso presence in South Australia, Victoria and New South Wales.

In 2018, our Mercedes Benz Van location has moved to a more prominent location at the corner of Grand Junction Road and South Road, Regency Park. Our new facility has a large showroom which feature the new Mercedes-Benz X Class Ute as well as all the full range of light commercial vehicles.

In December 2018 Whitehorse Truck and Bus relocated from Footscray to state of the art premises at Port Melbourne and now operates as Fuso Port Melbourne. It remains one of the best Fuso dealers in Australia.

The acquisition of Automotive Holdings Group Ltd (AHG) by Eagers Automotive Ltd was confirmed on 16 September 2019, making Eagers Automotive Ltd the largest vehicle dealer group in Australia. AHG’s Truck network includes a presence in Queensland, New South Wales, Victoria and Western Australia. The merger of the Truck divisions of both entities resulted in an expanded truck network presence in five mainland states with a total of 22 dealerships. This includes a stronger presence in Victoria and New South Wales, as well as substantially large holdings in Western Australia, South Australia and Queensland.

As at the date of the merger, AHG dealerships included;

AHG established in 1952 was the largest automotive retailer in Australia and has a substantial logistics division with operations in every mainland state of Australia and New Zealand. In 2017 a national trucks structure for AHG was formed and at that time the company had 11 truck dealerships across 4 states of mainland Australia, Western Australia, Victoria, New South Wales and Queensland. AHG’s first truck dealership was Skipper Trucks in Western Australia which was purchased in 1974. Skipper Trucks became the International Truck dealer in WA then later Iveco and Fuso. In 1998 AHG took over the Hino truck dealership to become WA Hino.

Prestige Hino was AHG’s first truck dealership in Victoria and was purchased in 2005. AHG then expanded into Newcastle and Brisbane by the establishment through acquisition of both Newcastle Commercial Vehicles and Daimler Trucks Brisbane.

In 2011 AHG acquired the WA dealer for Mercedes Benz and Freightliner (Diesel Motors Trucks) combining the Fuso outlet on the site to become Daimler Trucks Perth a new purpose-built facility was opened at Hazelmere in 2015.

In May 2021, Velocity Vehicle Group USA acquired the Adtrans Daimler Trucks Network and rebranded to Velocity Truck Centres, to bring the Velocity experience to the Australian market.

Our companies run on the 3 pillars of Speed, Value & Trust 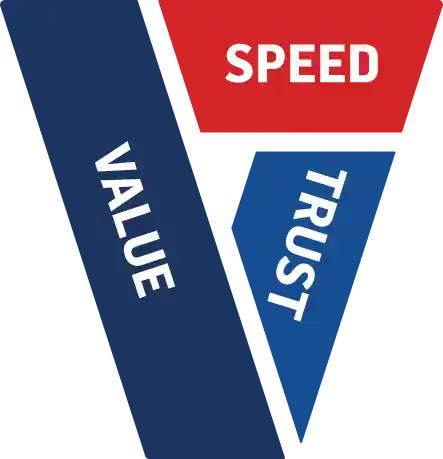 Value because we have to be competitive to drive your profitability.

Trust because we want to be your partner for all of your commercial truck needs, acting with integrity and your best interests at heart.