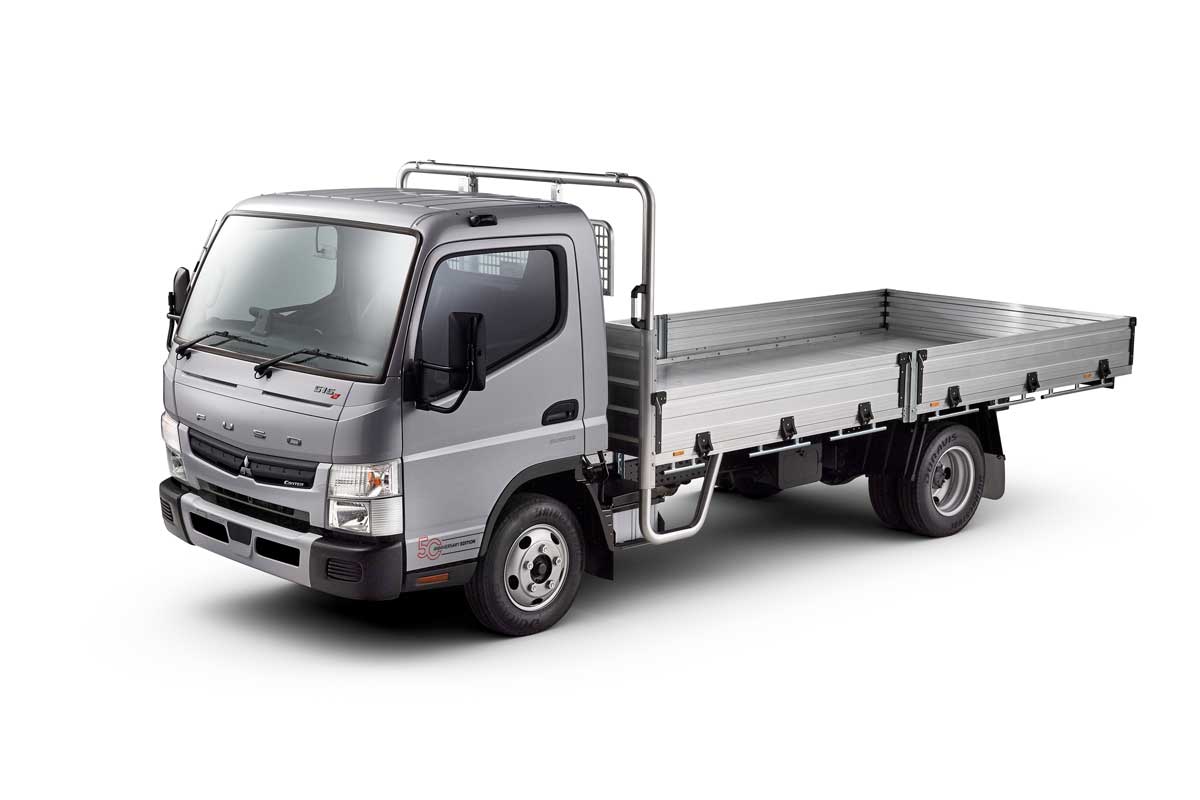 Fuso is celebrating the 50th anniversary of the iconic Fuso Canter’s Australian introduction with a special edition model.

The 50th Anniversary Canter is based on a 515, the best-selling model in Australia, and 150 are available now at Fuso dealers across the country.

Fuso is also running a competition to celebrate the milestone. Three customers of the 50th Anniversary Canters, who buy a vehicle before December 31, 2021, will win back the value of their trucks.

The standard specification of the Canter in 2021 is a world away from the original truck, which was quite bare apart the “flow-through ventilation” and “safety glass all-round” that were promoted in the advertisements of the time.

Fuso has sold more than 73,000 Canters since the model was introduced in Australia after proving itself on the rough tracks of Papua New Guinea.

Canter is available in a range of configurations from a 3.5 tonne car licence model to an 8.5 tonne version, along with City Cabs, Wide Cabs, Crew Cabs, Built Ready tippers, tray trucks and pantechs as well as a rugged 4×4 unit.

This year, Fuso started a new chapter in the Canter story by introducing the first OEM fully-electric truck in Australia; the eCanter.

For more information about the anniversary model, and the terms and conditions of the competition, visit Fuso.com.au.